If you want the calm and collected profession then you should consider beeing a scientist or a newsrunner. Transporting is not calm with deadlines to meet, and not collected with pirates lurking about.

However, it is a good way to get some coin, or UEC, for that new shirt they have on sale. Or mabye even a new ship? With countless of options for ships – as a transporter, you decide. You can go all in with the new HULL series made for mass transport and poor fighting capabilities, you can be sure you’ll get that new shirt in no time! As long as you dont meet any pirates or trouble along the route.
But if you also want to feel safe and capable for a hostile situation there’s the Freelancer. A versatile ship capable of almost anything. This will get the job done safe and sound, sacrificing cargo space for more agility and firepower. You’ll carry less cargo, but get the cargo safe to the destination.

Cargo is one of the most capable job, with almost all ships able to carry some cargo. Its a good way to kickstart your career to something bigger in the future.

That’s right! If you prefer to be a savage, plunder others for their loot, hard work and hard earned cash – even ships – there’s no stopping you!

Well… There is. If you don’t like the police force breathing down your neck, or private military or even mercenaries. Might I suggest another profession?
Or, if you are the thrill-seeking kind who like high risk and high reward, this might be the profession for you.

The well known blackmarket ship called Cutlass Black, is well known as a pirate ship. Its multi-crew purpose serves you and your friends well in attempts to siege other ships, stealing their cargo or ship, with plenty of room for you and your (bearded?) friends. A top mounted turret and a co-pilot seat for easy shield, power and weapon management. The cutlass is the way to go for a medium sized crew of pirates.

As you take on jobs, you can always decide what your main profession will be. Or you can just go for one profession altogether.

Mercenary is a job best suited in a group, but could also be done alone. With specified roles for ships aswell, this is exceptionally good if you have the right ship and crew.

With a ship like the Redeemer, and your best mates – what could go wrong? You set the rules, pick the jobs and plan the tactics.

There’s a bunch of stuff to do in SC. And from time to time, you’re going to find yourself in a situation where you need to fight on foot.

In other words, FPS is a huge part of SC. Alone or in groups, you will always be able to find jobs/missions where you don’t sit in the pilot seat. Or even experiencing a group of pirates trying to siege your vessel. Take a stand and grab your rifles, pistols, shotguns or even snipers. There’s plenty of action-packed FPS elements to this game.

The other career paths

There’s a lot to SC when it comes to work/jobs. You can be and do almost anything you’d like. And it’s all up to you.

You can be an explorer, charting into the deep space with your crew. Discovering new planets and treasures.
A news runner, or a miner even. How about a scientist?

You can even be a VIP transporter with the Constellation Phoenix you’ll make sure your VIP will get there in style and comfort, or if you want to squeeze more people in. There’s always a bigger ship, with the 890 JUMP there’s more room, more class and more space. Making it even more suitable for VIP transport around the universe.

Theres so much to do. And even more to come!

Where there are ships, there are jobs. Pick the ship that fits you the most. Go for an all-rounder, or get one specific for the job.

See ships for more depth on their usage. Or Grab some grub and take a timeout, while watching these interesting videos about some of the career paths you might want to try out. 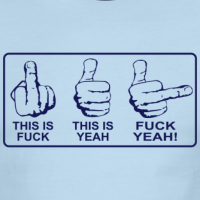